Avalon Avalon is the last of four 6" squares designed as a part of the Legends of King Arthur series.  Each of these squares will be named after a place associated with the Legends and will represent the phases of Arthur's journey:  birth, life, death, and eternity.   Avalon is the mystical island that a mortally wounded Arthur is taken to following the battle of Camlann.  Most tales have him being whisked away by Morgana.  While some stories have him dying and being buried on the island, others leave his destiny unknown, and still others have him recovering.  Regardless, our final square in the Legends of King Arthur series appropriately represents Arthur's final destination and eternity. This pattern, like the Legends themselves, is not for the faint of heart.  It is features INTERMEDIATE TO ADVANCED construction techniques. Special thanks to the following Ravelry members for testing this square: MawMawsGarden, Wuzzel, danika2407, ranthenae, and hrdnglynne.    I appre
1 comment
Read more 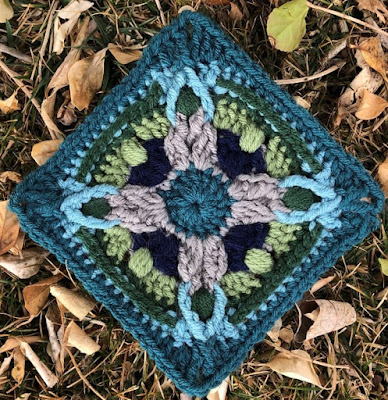